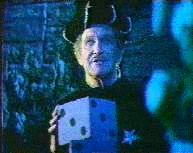 Billy Van was the star of The Hilarious House of Frightenstein, but Vincent Price was the celebrity name that gave the show credibility, and probably led to wider distribution of the show than it would have otherwise seen. His role was that of comic narrator; from what was presumably supposed to be a balcony of the castle he gave spirited introductions to the sketches of all the featured players (save for the Wolfman) in sometimes amateurish but often clever rhyming verse. Counting the opening and closing sequences of the show, it meant that he usually appeared in each episode 8 times. Though he never actually appeared on screen with any of the other characters from the show (save Brucie), his poems suggested his character was a frequent castle guest and friend to all its inhabitants. 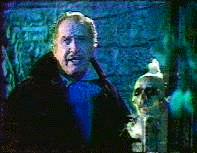 Nearly every Vincent Price sequence featured props, with recurring ones being big floppy hands, a skull, and the ubiquitous beakers with coloured water and big chunks of dry ice spewing copious amounts of gas and foam. Appropriate attire was also worn — for Zany Zoo he wore a pith helmet; for Grizelda a chef’s hat; for the Oracle a pointed wizard’s hat; for the Librarian mid-19th century dress; and for the Professor a business suit and frequently spectacles.

Check out a few of the better poems below; recorded versions of different poems for the featured players are accessible from their respective pages.

The Professor has a theory, about a silly thing
It’s all about the hummingbird and why he doesn’t sing
He says, “Now take the budgey bird, you wouldn’t call him dumb
His song is pretty as can be, you’ll never catch him mum
But it is very different with those stupid hummingbirds
The reason for their humming is, they just don’t know the words!”

The Professor is forgetful; absent-minded is the word
There are many stories of his habits that I’ve heard
When he’s busy with a theory he forgets to go to sleep
He oftens dives in swimming pools and forgets which end is deep
He forgets important numbers, he’ll forget he needs a shave
And once I heard that he forgot his way out of a cave
But the worst time was when he was young, and lost in a romance
He showed up for his wedding, all dressed — except for pants.

The Professor was ecstatic when men landed on the moon
And cried, “Some moon rocks I believe should be arriving soon!”
Next day they came delivered, by the astronauts themselves
Who said “These rocks must be returned by Friday night, or else!”
But as they left they heard a scream and someone calling “Please!
These are not rocks you’ve left with me, but simply lumps of cheese!”

Grizelda had a problem, of that I had no doubt
For from her kitchen doorway I heard a dreadful shout:
“My hotplate’s on the blink again, the fridge is set to thaw
This stove is useless to me, it’s the worst I ever saw!”
I said, “There there Grizelda, I’ll tell you what it’s like
With all the junk you fill them with they’ve probably gone on strike!”

Grizelda keeps her recipes inside a secret file
I don’t know why, ’cause breaking in would not be worth your while
There’s one for chocolate coated ants, but not the crawling kind
I somehow think Grizelda’s got a relative in mind
Another calls for rabbit’s foot, what that means I don’t know
But bunnies should find out, because new feet are hard to grow
The third one was the worst of all, for in that recipe
I found the main ingredient was nothing less than ME!

The Librarian was quite upset and angry yesterday
He stomped his feet and slammed the doors and had a lot to say
“Another book is gone!” he cried, “Those mice have got to go
They keep on stealing books from me, and they’re eating them I know!”
Just then a mouse appeared, who seemed remarkably well groomed
“You’re right” he said, “We are to blame, but they’re not being consumed
We’ve had to come here once or twice and borrow from your resources
But only when we need help with our night school courses.”
“A school for mice!” the Librarian said, “I’ve never heard of that!”
“Oh yes” the mouse said, “Oh yes indeed. I’m studying to be a rat!”

I asked the old Librarian if he had had a bump
For there I saw upon his head a painful looking lump
He said that he’d been looking for a book to read in bed
And when it struck him what to read, it struck him on the head
He said he’d climbed along the shelves and just as he was turning
A book fell from the shelf above, a piece of higher learning.

Some of Bwana’s animals decided they would go
Into the town and have some lunch, and maybe see a show
They went into the restaurant, the lion took a look
He saw the waiter, ate him raw, and kindly thanked the cook
And when they got the bill they did not know what they should do
So the lion called the cashier in, and then he ate him too!

A man came to the Oracle to have his right palm read
He held it up, the Oracle looked, and this is what he said:
“Oh hem and haw, oh dear, yes yes, it’s all quite clear.”
“What is it?” cried the startled man, “Have I good cause for fear?”
The Oracle said, “Yes my friend, I’ve sad news to report.
Don’t try to fight it sir, but you’re going to get a wart!” 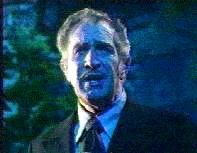 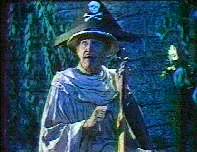 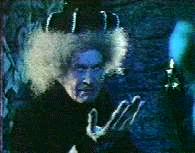